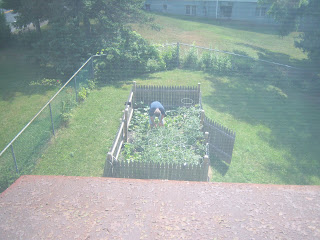 I took this pic yesterday from my studio window. DH Mike was weeding his "salad" garden. Won't be long now until we have some really good eats. 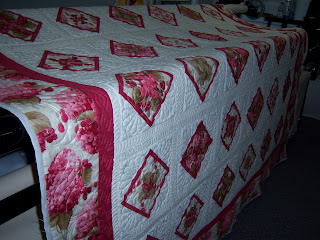 This is a Four Patch Posy quilt; it's sort of a garden, isn't it? It was the first time she'd used a longarmer. Talk about performance anxiety! I think I did it justice, don't you? 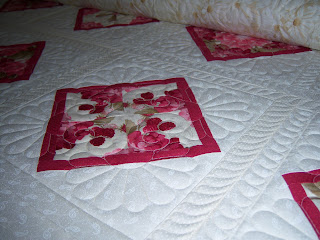 Here's a closeup of the block motif and sashings. I reversed the direction of the feathers in each one. 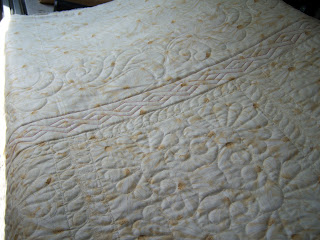 And this is the back. I did the whole quilt in dyed natural thread, except for the inner cable border, which I did in a Victorian pink.

That's it until next time. Now that the heat has broken, I'm hoping to be a little more productive. Stay cool, wherever you happen to be.